In this post I’m going to give you a look at how you can use Reddit to drive consistent traffic to your money sites, even small Amazon niche sites, but more importantly, I’m going to highlight how and why traffic should be the last thing on your mind when using Reddit.

I’ll take you through how to:

If you are aiming to build a true Authority Site, or even turn a smaller site into an authoritative niche site, Reddit can be a fantastic tool for you.

Reddit has been on my “to do” list for pretty much the best part of 3 years. Sound familiar?

Its just always been one of those things that I was going to get to but never found the time (or never made the time).

I was encouraged by Perrin’s interview on NichePursuits.com with Dhanish Semar where Dhanish spoke about Reddit being a key traffic source and a large reason why he was able to surpass 1 million monthly page views to his site. While you’re over at NichePursuits, you can also read how Perrin and Spencer launched a software product, Vylo, using Reddit traffic and got 6000 subscribers as a result.

UPDATE: Spencer just put out another post about driving traffic with Reddit, that you can check out here. It’s a good one!

{I’m sure there’s other Reddit guides out there, feel free to drop a link to any that you know of in the comments}. Anyway, this post is not meant to be a Reddit article round-up, so let’s get to the meat.

We’ve done a little bit of work with posting to Reddit and driving traffic since mid-late last year, but nothing structured and what I would deem as a core traffic strategy.

However, one of our Internship graduates that we have a partner money site with (Amir) let me know that he had been doing a bit with Reddit and had actually build a nice flow of traffic to an Amazon affiliate site, plus got some fantastic information and feedback.

The cool thing about this particular site is that it’s just a standard Amazon site. It focuses on a particular piece of sporting equipment and although he’s adding a blog to the site and consistently adding new non-SEOd content, for all intents and purposes, it’s just a “slightly bigger than normal niche site”.

We’ve all got sites that fall into this category and the good news is that you can get traction with Reddit even if your site is not a massive Authority Site.

Here’s a look at his traffic:

So 1247 sessions in under 3 months from Reddit, and that works out to be about 20% of the overall traffic.

Keep in mind this site is still very much in the growth stage and also 10 visits per day on average doesn’t sound like much over 3 months, it’s consistent and growing and all he’s done to get that traffic is share three articles to Reddit + hang around in the comments of those posts he made to Reddit.

Saif was able to pickup a niche-relevant natural link in addition (something Spencer referenced in his latest article also), so that’s a handy bonus and social shares on the article are undoubtedly helpful overall also.

In our December Internship intake we decided to give Reddit a decent test to learn some new tricks and refine some parameters for baking it into our authority site strategy.

The more I looked into Reddit and used it, the more I realized that the true value of Reddit for Authority Site builders is NOT the instant gratification you get from the traffic. There’s more to it than traffic.

1. Reddit Provides The Most Honest Feedback You’ll Get Anywhere

That traffic result is good and everyone loves getting natural links, but what is probably more beneficial is you have a longer term view for your site is honest FEEDBACK on your content. Here’s what Amir has found.

As an added bonus to sharing on Reddit is that the members there are very raw and vocal when you mess up on an article. They are like a super editor, fact checking your post. Which is great since if you want your post to get natural links, then they need to be on the up and up and factually correct. Also, I always implement the feedback I get from Redditors and fix the articles based on their input. I then comment back and upvote their criticism to give back the Karma

Let me be clear on this… Be prepared for HONEST feedback. Redditors just let fly with feedback. It actually makes for fantastic reading if you are killing time haha. Here’s a few screenshots to illustrate the point:

Redditors can sniff out self promotion from a mile away. They even have a bot that automatically picks it up!

The fantastic thing about how brutal Redditors are with their feedback is that it makes you raise the bar on your content quality. And even when you post something that you thought was great quality that gets fried by the community, you’ve then got some great feedback and action points to work on.

Not all the people will tell you straight up that your article is shit, sometimes they’ll tell you it’s shit, but in a nice way :-):

Speaking of action points and feedback, use Reddit for that!

2. Getting To Know Your Topic

As SEOs, we are often creating sites around topics that are based on keyword research which means we are often flying a little blind when it comes to producing a valuable piece of content.

Yes, true authority sites should have users in mind with content, but let’s be real > The money that can be made from keyword research and SEOd articles is too much to ignore.

A fantastic use for Reddit is actually engaging the community to give you the information you require for an article. You may even be able to research an entire article through a single question posed in a submission to Reddit.

Check out how this money site owner is using Reddit:

^ This question was posted by the owner of a site on how to tie fishing knots. Here’s part of the string of fantastic responses, which would pretty much be enough to put an article together: 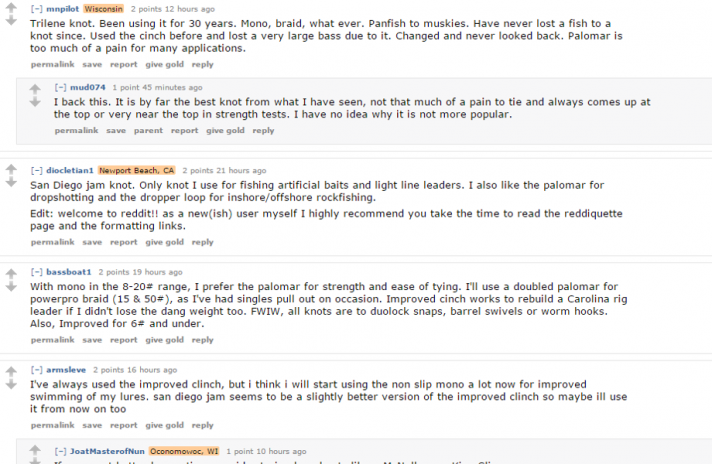 Can you see how if you were only loosely familiar with a topic, simply replicating the above would both cut down your research time plus give you actual information from people very familiar with the topic?

This is seriously under-estimated. Got a site on fitness? Stuck for user-focused content ideas and questions readers might want answered? At the time of writing this, that’s the top 10 submissions showing on the fitness sub reddit. 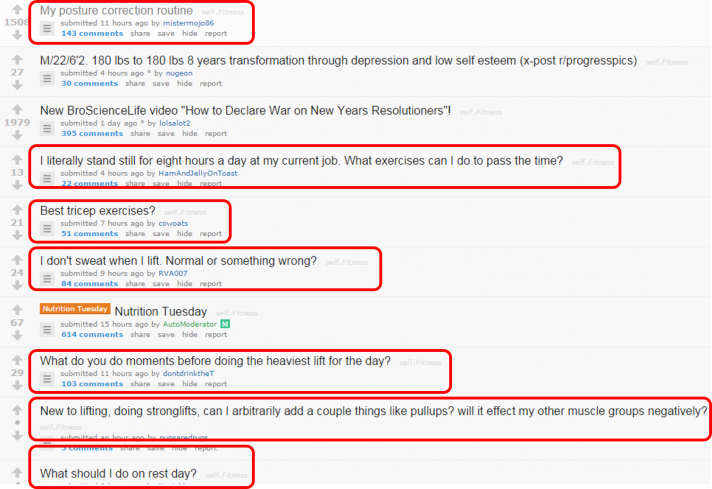 There’s 7 out of 10 submissions there that are viable options for topics to cover on your site.

Go Pro with this: Hang around for a while and you’ll notice some common questions popping up repeatedly. Simply make a nice resourceful post on the topic and if you have genuinely contributed to that sub-Reddit, you’ll be able to occasionally drop a link to that resource into the comments. Then let the natural traffic to the submission do the rest!

Of course, you can look to manipulate Reddit and ask friends that are on Reddit to up-vote etc, but the absolute truth is that you really don’t need to do it.

Like I said at the top, I’ve been slow on the uptake when it comes to utilizing Reddit but I’m excited to be integrating Reddit “promotion” into our money site strategy moving forward because heck, who doesn’t want;

If you have any additional thoughts, contributions or questions related to Reddit, let us know below!

We’re taking applications for our upcoming February Internship, which provides you with an opportunity to learn ^this type of stuff well ahead of the crowd in a guided 30 day authority site building course.

If you’d like to be involved with the February Internship intake, or just find out what else you can learn, take a look at the course content! 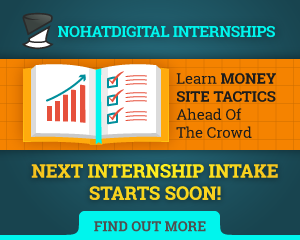