I’m going to be honest. I was super nervous before moving down to Valle De Bravo to work with NoHatDigital. I had traveled a little bit but I never lived outside the country. I was about to live in a country where I didn’t even speak the language, I was fucking terrified.

I bought my ticket and that was it, I was really doing it. Here I am, almost 3 months later – and it was one of the best decisions I’ve ever made.

Before Valle, I was in a bit of a rough patch. My crisis wasn’t financial, it was more spiritual in nature. I was struggling to find meaning in what I did. I wasn’t sure what I wanted to do and didn’t know where to start.

I’m not sure if I’ll ever be able to cure myself of these thoughts, but I’ve certainly been making progress. For those that struggle with this, like myself, Mark Manson had a great article on it recently. 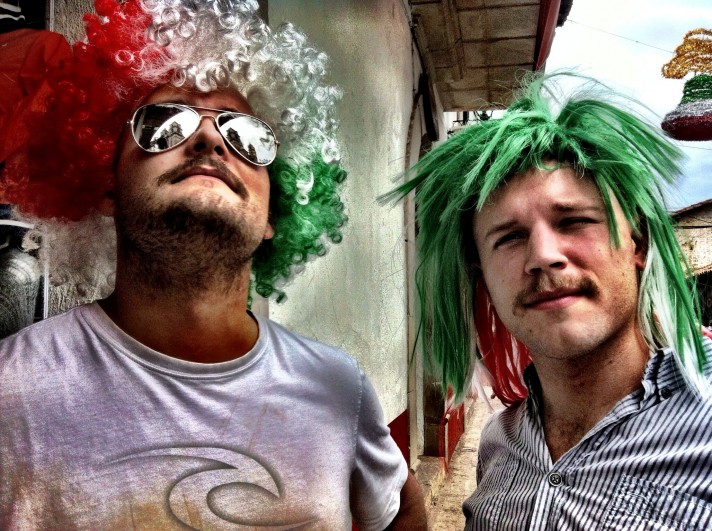 The mustache is fake, but the hair is real.

I was growing more restless every single day. The feeling of being unfulfilled can be insidious, it was slowly eating away at me. It was a toxic state of mind. So when I saw an email about an opportunity to come work with NoHatDigital in Valle, I knew I had to do it. Even if it scared the shit out of me.

I know that the whole ‘not following the status quo’ is a bit of a wank, but it doesn’t make it less true. Honestly. Why settle if you aren’t happy with what you are doing. Do what you have to do, even if it’s scary. It’s so worth it.

My dude Robert Frost was right:

“Two roads diverged in a wood, and I—
I took the one less traveled by,
And that has made all the difference.”

Fitting 10 hours of Work in an 6 hour day

One skill that I’ve been rapidly improving is being more productive. I’m a perpetual procrastinator. You could put a gun to my head and tell me something had to be done. I would probably still put if off for a few hours. But down here, it’s been different. We’ve really been taking Hayden’s productivity techniques to heart.

One thing that’s been super effective is the pomodoro technique (also known as “cheeky pom dogs” by Scott Davis). For those that aren’t familiar, it’s a work system where you work 25 minutes on – super focused on 1 task. Then you take a 5 minute break. These short bursts of super focused work allow for way more productivity. I’ve found these to be the most effective when done with other people. 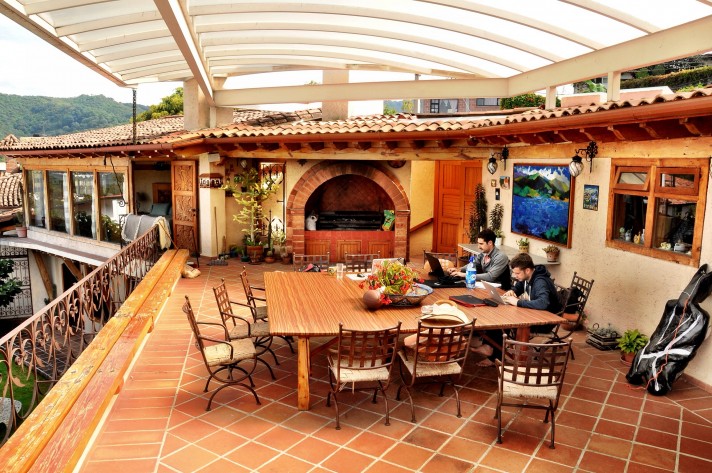 The Frenchie is diligently working, and by that I mean he’s probably talking to girls.

We’ve also had a focus on figuring out the critical actions you take that really make the difference. Some call this the 80/20 rule, a concept invented by my dude Pareto.   This concept boils down to 80% of the results come from 20% of the causes.  This is powerful when you figure out your 20%.

I’ve really discovered a lot about myself by packing my bags and moving down here. Just being around interesting NHD people from all these different backgrounds will do that. Being able to take on challenges and problems with help from others has helped me immensely. Being around great people, great ideas, and a great working environment – what more could I want?

Well, minus people being quick to point out how American I am for not knowing where shit is geographically, haha. Max still has not let me live it down when I asked if there were malls in France. It’s been a lesson in culture, or in some cases, a lack of (I’m looking at you Australia). 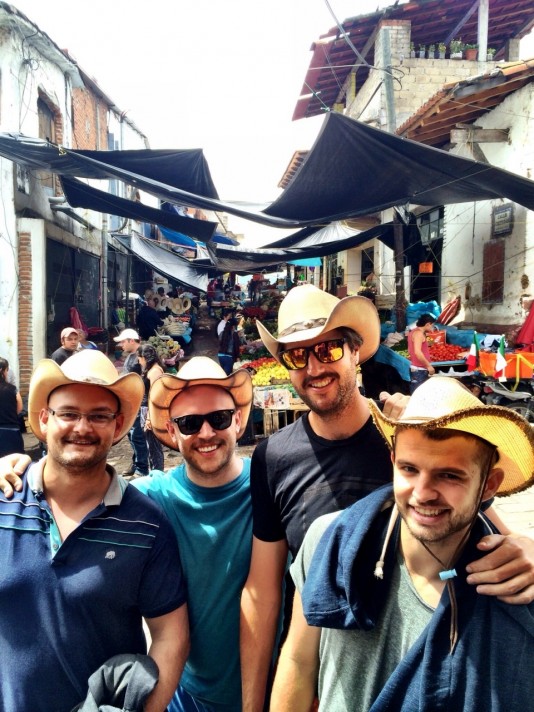 We are definitely blending in with the locals.

But it all seriousness, it’s hard to not grow business skills and as a person in general by being thrown into this environment. When you are around people that are passionate about the same things you are, it’s bound to happen. That’s not to say that change is easy, it’s painful at times; but we’re all better off for it.

The Proving Grounds for Business

One of my favorite things so far has been everyone trying to validate and launch their own businesses using the Level Up platform. We get to take our passions and ideas and launch businesses from them. While it’s challenging and stressful, it’s also a lot of fun.

In particular, Max has been kicking ass with some of his projects. One of his recent ones involved launched a fan page of over 35,000 targeted fans in less than a week while spending less than $100.

The platform essentially lets us take a shortcut in trying to launch a business. It’s imperative to validate a business model and not spend a ton of time doing it. It’s given me a new found confidence being able to pivot when I run into problems with a business model. Han is a genius when it comes to this.

While I’ve had several late night sessions and have scrambled to meet deadlines, I’ve also had a shitload of fun. I’ve always found it difficult to find the right balance between work and living my life. Luckily, I’ve been somewhat forced to find a balance down here in Valle.

We play sports about 4-5 times a week. It’s been surprisingly fun despite having the athletic skills of an eight-year girl. Okay I take that back. That’s insulting. 8 year old girls are much more athletic than me. 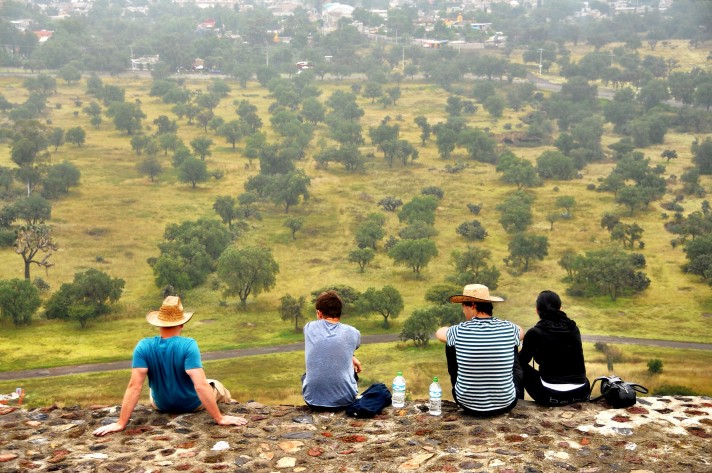 Don’t let the my hat fool you. I’m not actually Indiana Jones.

We’ve been able to go on a bunch of mini trips. Just the other weekend we went to an ancient ruins and Mexico City. I’m still laughing today at seeing Alex Azoury’s dance skills. Which are on par with my level of athleticism.

Between our awesome nights out and weekend getaways, I’m having an awesome time down here. Our breakfast banter is always funny, although it’s a bit PG-13 at times, which I take full responsibility for.

Don’t Be A Coward

I think I’ve rambled enough. I just wanted to give Hayden a shout-out for giving me this opportunity. I’m looking forward to all the adventures to come.

If there is any area of your life that you are holding back because you are afraid. TAKE THE GOD DAMN LEAP. I don’t care what it is either. Just do it.

You won’t regret it.

Everyone, I have an important announcement. CANON BALL