That’s what lead me to the discovery of one of the most powerful ranking factors of all time.

And it was right under my nose.

Hayden was chatting with Neil Patel about a technique to boost brand searches. Neil uses instagram ads with a photo of himself holding up a white card with a question like “Who is Neil Patel?” on it. This generates brand search volume for his website and any other branded terms he puts on the whiteboard.

It’s similar to this one except with a branded search term as the question: 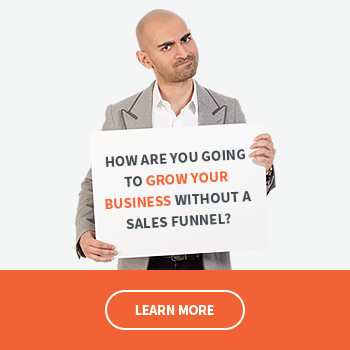 If Neil is boosting search results with Instagram, can I do it with other types of traffic?

I found that there are two ways email can influence search results: direct linking and SERP linking. I’m calling this the “Email Elixir Experiment”.

An elixir is a sweet ingredient used in medication for flavor or medicinal purposes. In alchemy, it was a secret substance that turned base metals into gold (though alchemists never discovered such a substance with that capability).

So, the Email Elixir is a “secret ingredient” that turned a basic SEO post into gold.

Here’s how I did it.

Wired Investors has a daily deals website with around 50,000 email subscribers, that was the perfect candidate. We have a general manager who oversees the website – he was actually a reader of this blog who came down to Valle de Bravo for a few months with his family to train with us.

Typically the email was only used for daily deals, sponsored content, and product launches – not SEO blog posts. After all, we didn’t think email had any influence over search rankings.

As a control, I published 10 long form pieces of content targeting evergreen keywords and did not email them to the list.

I also published one SEO blog post that was emailed to the list with a direct link.

I checked the rankings three days later and found that we were ranking #3 for the blog post that was emailed out to the list.

I had never seen something rank that quickly on this site.

What about the posts that I didn’t email to the list? It took a month or more to rank on the first page for this particular website with no link building.

Months later I’m at a conference talking to Dave Parkinson from Eligibility.com. He mentions having a similar experience.

But there’s a twist.

Instead of direct linking to the post in the email, he did a search in Google for his brand name + keyword and then put a link to that search in the email.

For example the link would take you straight to the SERP like this:

But in the email the anchor text would look like this:
How To Get Unemployment Benefits

Of course, his brand is showing up #1 because it’s included in the query:

So now, he’s getting real organic traffic to the blog post, and an improved click through rate on the SERP from real people.

Cool story bro. I don’t have an email list that big. 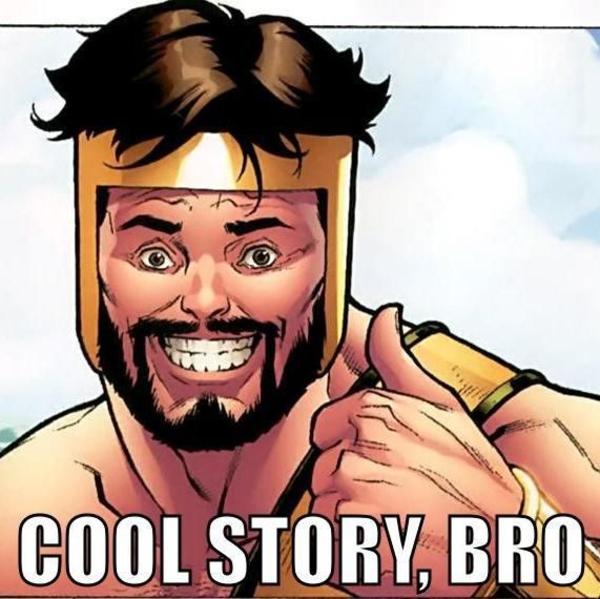 When will Marvel give this guy a movie? That would be a cool story bro.

First, I would say start building one. I picked email for this experiment because it’s readily available and cheaper than ads. Thrive leads is a great plugin for building email lists.

Second, you could “rent” someone else’s email list and partner for a sponsored blast. Or better yet contribute some awesome content and get access for free.

Last, there may be other ways to send traffic that influences rankings besides email. I just haven’t tested them yet.

It dropped to the third page and then returned to the first page for two months. It’s been bouncing around the first and second page lately, but I’m happy to have been there for such a competitive keyword.

Keep in mind we did zero link building on this page. I would be curious to see if we had built some links or sustained the traffic with additional promotion, if it would have stuck at position #3.

Here’s a look at the ranking over time (blue line): 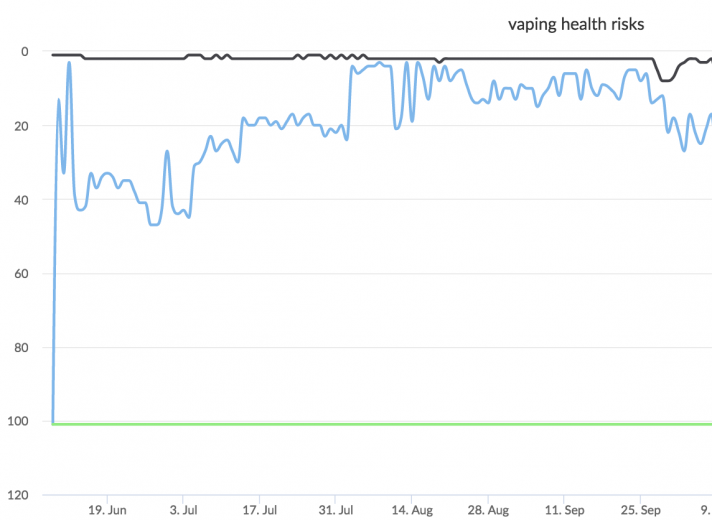 This is interesting, because I’ve seen something similar happen when I stop or scale down high velocity link building to a page. With less links, popularity has dropped and so has the ranking.

It’s also possible that the click through rate and user engagement was not what Google was hoping for in that position. We could test this by improving the quality of the content (increase the length and add visuals).

Why is this a ranking factor?

Google wants to show the most popular content that best answers the user’s query. Links are just one proxy for determining popularity. Traffic and user signals are others. So if a post is getting a lot of interest, they will give it a chance to rank higher. Plus, I suspect if you are able to bring legitimate traffic from other sources into Google’s ad network, they are going to be happy about that.

If I was doing real content marketing (which you should be anyway) then I would be emailing my posts out and promoting them on social, just like a big brand would.

Is a blackhat going to bother with all of this? Probably not.

That’s just one of many ways Google can establish that a website is trustworthy.

Isn’t traffic too easy to manipulate for this to be a ranking factor?

I can’t tell you exactly how much weight traffic is in the algorithm or how they distinguish between types of traffic.

And let me be clear: I’m not advocating any sort of manipulation.

However, my theory is that there are checks and balances built into the algorithm. If the website is getting fake referral traffic from spammy domains and the content is shit, then it’s not going to work. Or if it’s coming from cheap ad arbitrage networks and the bounce rate is super high, this won’t work either. Again, that’s a theory. If you want to test it yourself, please share the results with us. But in my opinion, it’s better to do legitimate marketing than risk a penalty.

What about social traffic?

This is something that I would like to test as well, specifically with paid ads on Facebook. Perhaps Google doesn’t care about social signals (likes, retweets, follows, comments) but they do about social traffic. However, I’ve seen plenty of websites with the majority of their traffic coming from social that have terrible SEO. So again, it needs to be tested.

This is a very big authority site that we conducted the test on. The trust that we already had established with Google helped us rank faster, and we had a massive email list already. Your mileage may vary.

Has anyone out there seen traffic influence rankings? Please share your results in the comments below!